Leadership development is an indicator of mature society 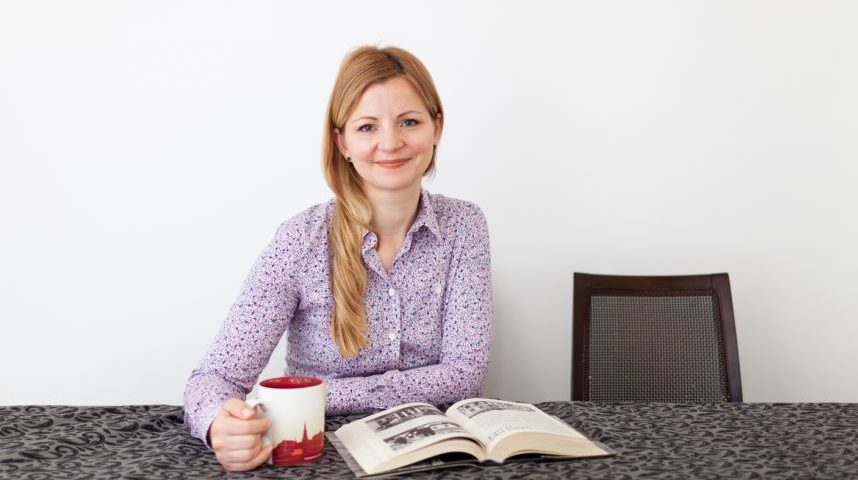 Dr Alisa Miniotaitė, lecturer at the ISM University of Management and Economics as well as founder and head of ALISA MANAGEMENT LABORATORY and an ICC coaching trainer for the Baltic States, says that political, economic and social trends determine what leaders will be in demand tomorrow. The Alfa.lt has recently asked Miniotaitė and Ignas Staškevičius, authors of their recently published book called Leadership, whether top politicians who are currently holding key positions are good leaders and how to raise leaders.

– You start your book with the notion of leadership. Could you define it?

– Leadership has hundreds of definitions: it is a process, it is a way; it is a tool of influence; it is about leading others, developing a vision, responsibility, and taking care of others. This seems to be a really broad concept. According to the general definition, leadership is the process when a leader leads their followers or works together with them towards their common goal.

– The question whether leaders are born or made is probably perpetual. However, emerging study programmes and leadership schools would seem to show that one can become a leader. When should we start developing leaders?

– In my opinion, there is no need to develop the leader within you. This process should take place absolutely voluntarily. “If you can keep from being a leader, then shy away from being the one,” as the saying goes. Apparently, when you cannot refrain from the lead, then you take it. Needless to say that a particular feeling of discontent or inner hunger, dissatisfaction with your welfare, situation, assessment or anything else urges you to assume leadership. Take as an example the most important world leaders, such as Mahatma Gandhi, who was unhappy about the difficult situation of Indian people in South Africa. Consequently, the origin of leadership is the dissatisfaction and realisation that you cannot achieve your goals in any other way.

– These days, it is quite common to hear that people are not afraid to assume leadership and they more often speak about that. Does that signify that this is the time of changes and growing dissatisfaction?

– Not only that. I would say that discontent could be felt before as well. It was just not encouraged and only few dared to do something about that. Now, simmering discontent prompts to assume leadership. Leadership means taking responsibility. Just showing initiative, a desire to flaunt and be the first is narcissism at best. We assume responsibility because we cannot help but take it as a duty. In this way, we are evolving from the immature Soviet society, where decisions were made for us and we were told what to do, into the mature society where we are aware that we are the ones responsible for our own well-being and accountable for our success. In my opinion, the growth or increase of leadership is the attribute of mature society.

– However, some scepticism towards emerging leadership study programmes still remains. What will you do when you graduate? What is the value of these studies?

– I have no less than managers doing leadership, that is, executive master studies. What is the difference between a manager and a leader? A manager has to manage and do the job by delegating and engaging. The goal of a leader is rather different: they have to ensure a sustainable change, which takes much more than only resource management. Some organizations expect their managers to be strong leaders. Why are they learning to be leaders then? They want to become stronger and have more followers, which means achieving goals with a greater number of people.

– There are some leadership schools for children. You have mentioned that the process of leadership takes place voluntarily. What impact does the parents’ desire to see their little ones to be leaders have on them?

– Evidently, parents are trying to fulfil their own thwarted ambitions through children whereas children should enjoy life and childhood. Ruining their childhood by teaching leadership does not seem to be a good idea. These schools and a heavy emphasis on achievements relate child’s worth to their performance – you are as good as you are the best, win the prize and I can post your accomplishments on Facebook. Why does this cause a problem? Since life holds not only victories but also failures, people with high fragile self-worth related to their performance (I am good only when I get the highest score) suffer failures terribly later in life. And the cause of it is the developed link between self-worth and performance.

The twenty-first century scourge is that they demand you to be successful today where success is like a currency.  You are useless when you are unsuccessful. This poses a serious threat. Feeling insecure, people come to project a fake image when they simply position themselves to be successful which is not necessarily true. But what is success? Success is usually perceived as being first, recognized, getting a lot of likes while, in fact, a person is valuable because of a far greater range of reasons. Therefore, taking children to leadership schools at an early age, to my mind, is a negative trend.

– We speak more about leadership in business, although politics is another area where leaders are very important. Do you apply the same rules here or political leaders should possess different qualities?

– Political leadership is different since a leader, first of all, has to attract a far greater number of people. This means charisma becomes more important. However, Angela Merkel could be hardly described as a charismatic leader. Another point is that, in business, you know your followers, while, in politics, you do not really know them; it is just followers think that they know their leader, the rapport is one-sided. Political leadership involves less responsibility, whereas, in business, the leader who fails to achieve is simply dismissed. It is a shame that situation in politics is different.

– Speaking of these days, do you think top Lithuanian politicians are leaders or some of them are still short of leadership qualities?

– They do want them. I happen to work with politicians and, sad to say, the floor and cheering of the crowds are their key incentives to be in politics. Lithuania and Latvia are really in need of wise politicians; we have hardly any visionaries and uniters.

Obviously, there are a lot of ethical problems, but they are common all over the world. Another thing is taking responsibility. Once my target audience was politicians and they took some self-assessment tests which revealed that responsibility or will are not their well-developed personal qualities; in fact, they are rather stunted to compare, let us say, to businessmen. This shows that politics is more about speaking than doing, which brings no comfort either to Lithuanians or Latvians.

– What leaders, in your view, will be in demand tomorrow?

– Immature societies are characterised by the demand for vertical, autocratic, more often charismatic leadership where a messiah will descend from heaven and resolve all the problems, and tell you the way things should be. People feel secure when they have such a strong leader. We can witness this in the neighbouring eastern states while western, northern and Scandinavian countries with mature societies have no such need for vertical leadership. They perceive leaderships as horizontal, as agreement or partnership.

You have mentioned that the growth of leadership is the attribute of mature society. As we know, Russia does not show the growth of leadership since there is only one leader; leadership is not welcomed there. Speaking of the future, everything depends on the global developments as well as political, economic, and social trends. Providing that we are evolving into mature and balanced society, leadership will be exercised through partnership and leaders able to negotiate will be in demand. Should social unrest increase, the tension among people will be mounting. We can see the growing hostility between the Left and the Right in the USA. However, this is becoming typical not only to the USA, but also to Lithuania. Should this be the cause of social unrest, there will be the demand for quite a vertical leader and uniter.

This site uses Akismet to reduce spam. Learn how your comment data is processed.